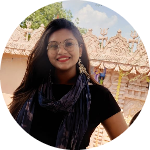 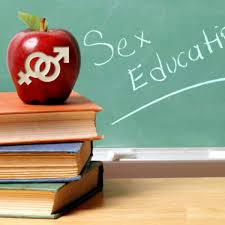 Let us talk about SEX: Moving Beyond Birds and Bees

Sexual Education, or as we like to address it with its PG euphemism, Family Life Education, is far from being accepted as a necessary component of education.

Sex education is high quality teaching and learning about a broad variety of topics related to sex and sexuality, exploring values and beliefs about those topics and gaining the skills that are needed to navigate relationships and manage one’s own sexual health. Sex education may take place in schools, in community settings, or online. Planned Parenthood believes that parents play a critical and central role in providing sex education.

In a country that reports high rates of teenage pregnancies and sexual abuse, one would think that the need for a curriculum focusing on gender equality, the importance of consent, and boundaries, would not be a matter of debate.

The reality, however, is that sexuality education for adolescents is a highly controversial topic in India. It is seen as offensive to Indian values, and concerns that it might lead to risky sexual behaviour and promiscuity.

Take the reaction when the central government in 2007 announced the launch of the Adolescence Education Programme in schools, along with the NACO, NCERT and UN agencies. Thirteen states called for an immediate ban as they felt that comprehensive sexuality education was against the Indian culture. Little has changed in the last 10 years. There is still a ban on Adolescence Education Programme in at least five states across India, and there is no uniformity in the way the subject is approached.


Sexuality education, as the UNESCO defines it, “provides opportunities to… build decision-making, communication and risk reduction skills about many aspects of sexuality…. encompasses the full range of information, skills and values to enable young people to exercise their sexual and reproductive rights and to make decisions about their health and sexuality”.


Indians, sometimes even the well-read urban kind, often tend to attach a whole lot of sensitivity to the topic of sex, regarding it with the most vicious taboo. It is thus a natural consequence that education that teaches their children about sexual well-being is met with the highest resistance possible – from parents, teachers, lawmakers and nosy neighbors, especially nosy neighbors.

Despite propaganda, and repeated favourable policies, it has been constantly rejected in various states in India. A deep-rooted sense of morality binds the sentiment of a large population from seeing the benefits and necessities of launching such an education program throughout the country. It is largely believed that talking about sexuality and its awareness may instead corrupt young adolescents.

A study was conducted in collaboration with UNICEF and the Population Council India about adolescents (the pimply teenagers between 10 and 19 years of age comprising nearly 250 million of India’s population) based on research conducted and published between 2002-2013.

They went to incredible details, but to summarize, adolescents face challenges in various aspects. Lack of education, child labor, lack of nutrition, substance abuse, child sexual abuse and a lack of understanding of their sexual and reproductive health are only some of the glaring shortcomings in their well-being.

The lack of comprehensive data on all adolescents makes it difficult to exactify the impact these problems have on them. However, here are some of the direct consequences of these issues, among the Indian youth.

Quality sexual education is imperative to a society of young adults making smart sexual health decisions and valuing consent in college where hookup culture can be prevalent. Adolescents making safe and smart decisions in their sex lives comes from having reliable information on protecting themselves and their partners.

One of the most notable trends is that sexual education seems to be covering broad topics such as abstinence, awareness of sexually transmitted infections, the importance of respectful relationships and the need for protection from pregnancy and infection.

The many myths of sexual health commonly linger into late adolescence and adulthood, never being addressed in a classroom by a qualified teacher. Instead, they are debunked in a BuzzFeed article or after extensive Google searches. It can be a harsh reality check when you really actually experience the gravity of making decisions about your sexual health. This experience leaves many overwhelmed and confused as they enter adulthood.


Research shows that comprehensive sexuality education delays sexual initiation and leads to a fall in sexually transmitted diseases. This is critical in a country like India where rates of sexual violence against women are high and discriminatory attitudes towards women persist. For a meaningful social change, reaching out to boys and girls on issues like consent and gender equality becomes critical.

We have to go beyond looking at controlling adolescent fertility from the perspective of reducing unwanted pregnancies.