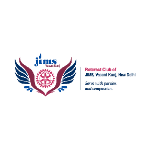 The Rotaract Club Of JIMS Vasant Kunj was started in the year 2018-19. It is an

institutional based club, which is fully governed by the students of Jagannath

International Management School. And the club has created numerous links

with other Rotaract Clubs around the globe. And they have also been

active members. In the past two years the club has taken many initiatives to

help the society. The club aspires to spread happiness among the unprivileged

children. The club’s only goal is to be a part of, bettering the society.

Some of our Main Projects have been mentioned below:

against hunger. This project was organized six times in the rota year

club had donated masks to the kids living in the slums of Andrews Ganj.

causes of pollution, how pollution might harm humans and the

“SWACHHTA HI SEWA” in our college campus. All the students joined

their hands together for this good cause. The students took a broom,

pan &amp; the dustbin and they collected all the waste near our college.

Every year, two Plantation Drives are organised by Rotaract Club Of JIMS

Vasant Kunj. The first event was organised in Vasant Kunj DDA Flats. A

total of 30 samplings were planted. And the second event was organised

in Sanjay Van. This event witnessed the footfall of more than 300 people

children in slums. They distributed sweets, toffees, chocolates and diyas

to everyone and they celebrated Diwali with a lot of fun.

underprivileged children in Andrews Ganj Slums. Each child was

sharpeners and crayons by the members of the drive.

Three clothes donation drives were conducted by the Rotaract Club Of

JIMS Vasant Kunj. The club had collected a bunch of warm clothes to

provide the poor people with a bit of warmth in chilly winter. The

Rotaractors gave away the collected woollens to the underprivileged

people near AIIMS Hospital and also near Green Park, Delhi.