Cinema as an ever changing domain

There are moments when the realism on screen is so wonderfully complex yet simply presented that you laugh , cry , move and grow with the charachters. There is however an important question to ask oneself on what comprises as a story and the process of creating movies based on real life . Real life inspired movies evoke emotions and heighten human feelings but is there overcompensation for creativity by picking up anecdotes from lives , war ,and battles ? Is the idea of a biopic or a movie like Uri so appealing that there is hardly any space for other films left . The brutal way in which filmmakers today takeover someone's loss, tragedy or shock and create a business around it is heartbreaking more often than less. Yes some biopics are truly moving and a absolutely beautiful but is it truly a celebration of life or a success formula. With recent events in the lives of the army at Galwan where more than 20 soldiers were martyred in a court... Read More

Do you prefer realism inspired cinema that you can relate to or a larger than life perfect world that films create ?

Do you think the mental pressure of working in a field like Cinema today is far greater than other fields or is it just the portrayal and attention that media gives, which in turn highlights issues with cinema

Do you believe Open Book exams for Delhi University are in any way easier or just add to the multitude of infrastructural problems that students today face in India due to the Pandemic for eg electricity cuts and thus making the process of taking online OBE even harder ?
0

Law as we see or need to see ?

Police misconduct is a grey area that citizens around the world in each part of the world face in their day to day lives , at varying degrees but constantly. With the death of George Floyd out in the daylight amidst many bystanders at the hands of a ruthless cop in Minneapolis led the whole world feeling choked two men in the Tamil Nadu lost their lives to custodial violence in Thoothukudi . The world around is truly not accepting and sympathetic but rather brutish. These are incidents of abuse of power but they do not exist in isolation but rather come from a space which is concealed and hidden and lies are concocted to push this matter further down .

The crimes of these men are not arson and murder but a means to livelihood in these extremely trying times of health hazard a pandemic constantly They had reportedly kept their mobile shop open beyond 8 p.m. on June 19, despite restrictions imposed by the state as part o... Read More

Do you understand the concept of Police misconduct or what it entails? Is it only Police brutality or violence or there are other aspects to it ?
0

Money Heist is a Spanish tv show following the lives of people some of whom are felons , however it takes up their journey beyond as a group together rather than rallying on their past . It is a tumultuous ride spanning a few days or more so hours with putting out the experience and action that takes place in each second of their heist.

Also the detailed intricacies involved with the conceptualization of the TV show differentiate it from primetime heist based programs. It indulges the views into each aspect involved with the planning an execution of a heist . The series plays around with the idea of romance with action while discussing the altering impact on the psych of people involved in high pressure situations.

It also doesnt shy away from the pragmatic results of such a high risk situations and displays the cataclysmic impacts it could have on the lives of this groups. While it certainly paints the robbers as the heroes it does not ov... Read More

Yoga and aurvedic expert Ramdev , head of Patajnjili has claimed that the medicine called ‘Coronil’ will help in treating the respiratory impacts of COVID-19.“The whole country and the world was waiting for medicine or vaccine for corona. We are proud to announce that the first Ayurvedic, clinically controlled trial based evidence and research-based medicine has been prepared by the combined efforts of Patanjali Research Centre and NIMS,” he said at a press conference in Haridwar.

The medicine comes as part of a kit which consists of tablets named Coronil and Swasari Vati, and an oil called Anu Oil. Active compounds of Ahwagandha, Giloy and Tulsi are used in the new Covid-19 medicine by Patanjili.The entire kit will help in strengthening immunity with more than 100 compounds used.2 tablets with hot water half an hour after each meals is prescribed by Patanjili.This quantity is suitable for people betw... Read More

Elections are being held on four seats each from Gujarat, Andhra Pradesh and Karnataka, three each from Madhya Pradesh and Rajasthan, two from Jharkhand and one each from the northeastern states of Meghalaya and Manipur, Arunachal Pradesh and Mizoram.

The events leading to the elections, which has seats from 10 states at stake, was marked by resort politics, resignations, switching sides and allegations of bribery being brought back form the oblivion.Congress accused BJP of bribery attempts to its MLAs while it swayed its flock in the states of Gujarat and Rajasthan.

For BJP to have a strong grip in the legislative activities ,most importantly p... Read More

Which team do you play on ; Apple or Samsung? 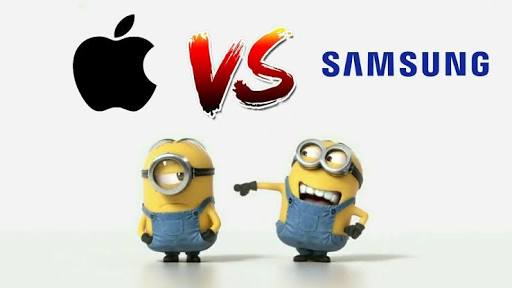 Do you think the herbal medication is useful in the battle against COVID-19?
0

Do you see education in a Post COVID world going into a online mode since it has proved to be a alternative to conventional education that has costs like time, commute etc .
0

Do you think monitored sports will help raise peoples spirit during this time or rather send across a negative signal towards non following of social distancing?
0

Do you think enough mechanism have been employed by the Delhi state government to help those with no income during these testing times ?
0

Do you feel the opening of eating joints Is going to change your approach towards your consumer behaviour I.e would replace online deliveries etc with actually going out ?
0

Do you feel the opening of eating joints Is going to change your approach towards your consumer behaviour I.e would replace online deliveries etc with actually going out ?
0

Do you think healthcare for COVID-19 should be only for Delhities ?
0

Do you think people are honest with their symptoms in taking actions towards COVID-19 diagnosis or hide their symptoms scared by the possibility of restrictions ?
0

Do you think technology has helped people survive through the quarantine or created problems of extreme dependency for them?
0

Police Misconduct and its impact

Choose from your uploaded photos